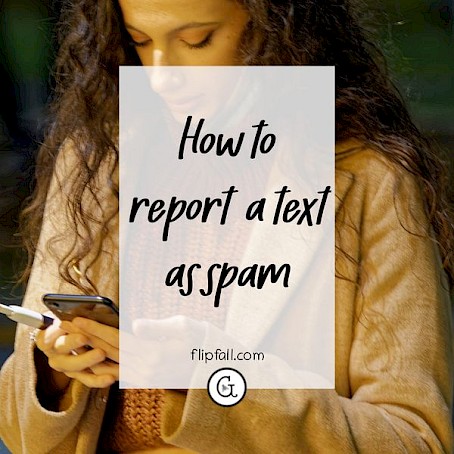 Yes you can report an unwanted text message as spam in just 1 click from your phone's standard text messaging screen. This process works in much the same way that you can press a spam button on an unwanted email - it will mark it as junk and remove it. This is better than just simply deleting it, because by reporting it as spam you're telling your cellphone carrier (or Apple if it's an iPhone) that the person who sent it is a spammer.

Here's how to do this, with illustrations. First of all, it will depend on your type of phone and your carrier for how to do it (we cover this below), but in virtually all cases it's possible.

If you have an iPhone, then when you're in the message, tap "Report Junk". Then you'll be given the option to tap "Delete and Report Junk" (see reference 1).

That's pretty easy right?! I just wish this option was a tiny bit more obvious, and/or if they could pre-flag it as suspected spam like they do with phone calls.

For Android phones, at least in the US, you'll want to long-press on the message.

Tip: with most carriers you can do this without actually reading the message - often a spam text is obvious just from the preview without needing to open it, so give that a try.

When you long-press, you'll get a screen like the pic below, and you'll want to tap "Report Spammer"

Then you'll arrive at a confirmation screen that you can see at the bottom - this to make sure you really want to report it as spam:

Don't worry about the tall white rectangle covering your texts, that won't happen to you - I was just keeping my text messages private!

Anyway, as you can see, it's easy to report spam texts in Android.

Any unwanted text from an unknown number is spam

Don't be afraid to get trigger-happy on the spam texts. If you didn't sign up for texts from a company, those texts are considered spam, no matter how legitimate the company may be. It's not your job to research the company; if you don't want the text, report it as spam.

When you report it as spam, it signals to the cell provider (or to Apple if an iPhone) that the sender is a spammer. That is why it's better to report spam than to delete the message without reporting.

Why you shouldn't type STOP for spam texts (in most cases)

If you receive an unsolicited text and it's spam, don't type STOP to opt out, even if it says "Type STOP to opt out". This is because if it's a spammer they're not going to stop, and even worse, they'll spam you more because they know you have seen the text since you responded to it. Instead report it as spam, how I showed you above.

But first, know that there are a few cases where you should type STOP to opt out - let's take a look at these next.

Times when it's OK to type STOP to opt out

The only times you should be typing STOP to opt out is if you had already opted into texts from the company and now you want to quit the texts. Some examples of this are:

If you're not sure if something is spam, whatever you do, do not click on any link in it!

If it's someone who you know and trust in real life, the link is probably fine. But if it's an unsolicited text message, just don't click a link, no matter how tempting it looks. This is because many of those links lead to malware that can install itself on your phone.

The other problem is, often the link is shortened or obfuscated, which means you don't even get to see which website it leads to. These types of links are red flags.

If you have received a text message that looks like it comes from your bank, for example, instead call up the bank on the phone, go to them in person, or log in online (NOT through any info or links in a text message) to check with them if the text message came from them or not. Your bank wants to prevent spam and identity theft, so they will be more than happy to help answer your question if they really contacted you by text message or not.

When you see a possible spam text, stop and ask yourself

There are many different types of spam texts (see reference 2), and they can look quite real, but they're not. Some examples are: offers of free gifts, fake invoice asking you to contact them if you did not order, suspicious activity on your account, and more. The important thing is to stay level-headed - many of these messages try to make it sound like there's an urgent reason you need to respond. But they're only doing that so you don't have time to think! Instead, go slowly and carefully through the list I gave you above.

If after going through the list you think the message could be real (e.g. if it's supposedly from your credit card company), contact the company through your normal method of contacting, and definitely not from any info given in the text message.

1. Block, filter and report messages on iPhone by support.apple.com

2. How to recognize and report spam by The Federal Trade Commission at consumer.ftc.gov

Are you an affiliate program manager? I’ve yet to see an affiliate manager not make any of these mistakes – and these could be costing the program in missed opportunities. The good news is that there are easy fixes for all of these that will take you just 5 minutes each; we show you how.

How to stop recurring subscription payments in your PayPal account [illustrated] 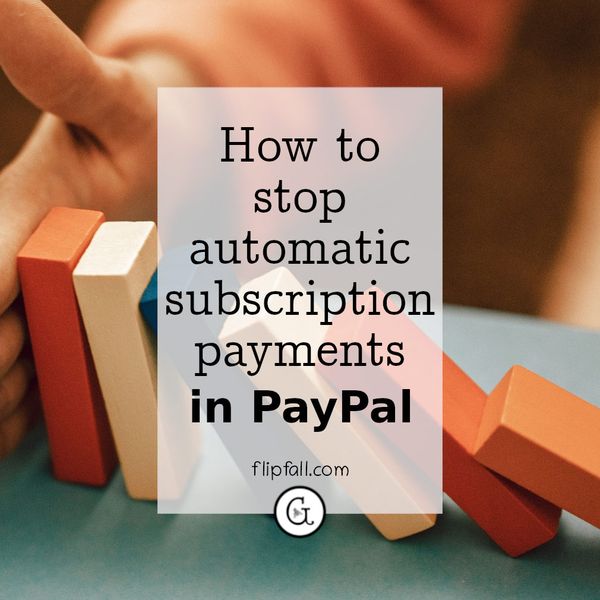