MeWe is a privacy-oriented social network which launched in March 2016 (reference 1). I’ll just dive right in and review it here.

I found that the sign up process is easy and painless, and once you’re set up you’ll notice there are 2 main areas where you can post stuff for people to see: My World, or in any of the groups you belong to.

What do I do after signing up?

While the interface is pretty easy to use, I noticed a lot of people have said they’re feeling “lost” there because they’re the first of their friends to migrate over from Facebook, Twitter, etc. I felt the same way.

There’s a couple of things to do in that situation: one is send MeWe invites to some of your existing contacts from outside MeWe (they make it easy for you to do this). The other is to join some of the public groups available. There are plenty to choose from, from general chit-chat to specific hobbies, interests and sports. You can even create your own group, and you can even make it private if you prefer. So that can be a great place to create a sort of “friends and family hangout” area for some of the people you know in real life.

I recommend trying out several groups early on to get a feel for things and see which ones you like. This is because groups vary a lot depending on how the organizer runs it. You can always leave a group at any time.

Although the next-generation MeWe launched in March 2016, as far as I understand it has existed in private beta for a few years before that, so you may see some people that have been there for awhile.

Most MeWe users are pretty supportive and friendly

Less drama about contacts – you don’t actually need someone to be a contact or a friend or a follower to interact in one of the groups. In fact, having people as contacts isn’t that necessary at all, unless you want to direct message them (called Privacy Mail) or interact with them on My World outside of a Group setting.

The ability to customize your profile wording differently for the different groups you join. People with very disparate interests will find this helpful.

Group-centric interactions, like a sort of Twitter feed that’s based around a specific set of interests. I feel that Twitter users will really enjoy MeWe because on MeWe they can go to a custom feed based on each of the groups they’re in. By contrast, on Twitter a user will have all their interests mashed together in one feed – it sounds great in theory, but it’s frustrating in practice, and many Twitter users then find themselves managing multiple Twitter accounts for their different interests: also frustrating.

Fairly easy to figure out how things work on MeWe. There’s some noteable exceptions that are trickier than they ought to be, but overall it’s fairly easy.

You can change what color you see as the background color of each group you join – this is helpful in viewing things they way YOU want them to be.

Does not yet have a share button that can be put on websites to share. Any serious social network really needs to have a share button for website owners to put in there. Twitter has it, Facebook has it, many more have it, and if MeWe expects to be successful they will simply have to offer this soon.

Has more features than it really needs. One example is the chat feature. It’s pretty redundant since the group talk works equally well for chat purposes. Another example is that each group has 2 main areas where people can write: 1. default group posts area (like a Twitter feed) plus 2, a separate, harder-to-find discussion area for discussing things in depth – this second area is largely redundant. Many of the features we’re starting out with on MeWe make it a little more confusing to use than it needs to be. These could be things they could’ve started without and offered to phase in based on user vote/feedback/etc.

The Android and iPhone MeWe apps aren’t as complete as the desktop version, although this is not a big criticism. I personally find that MeWe has still done a better job of making its apps useful and functional for the day-to-day stuff, more so than the somewhat slow and clunky Twitter app.

My review on MeWe is based on my experiences there. The only way to really know if it’s for you is to try it out. Unlike Facebook, you can delete your MeWe account very easily if you wish to. I definitely recommend giving it a go. From what people are saying in the Discussion thread of the MeWe Universal Group, a lot of people have different ideas of what they’d like to see in MeWe, and I’m curious to see what the developers are planning.

In: For menFor womenFor teensentertainmenthobbiestech

Here we’ve compiled a library of the best safe free solitaire sites. We’ve selected sites whose whose main page takes you straight to a fresh solitaire game for your convenience.

What to do if your review is not showing on Yelp 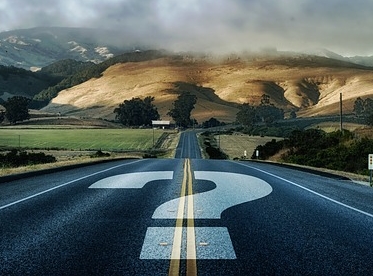 “Why is my review not showing or not recommended on Yelp?” Here at FlipFall magazine we will cover common possible reasons why your review is not showing on Yelp and what you can do about it.