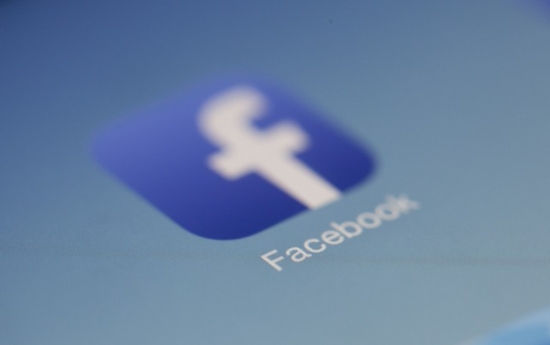 I run a business selling a physical product and I have a Twitter and an Instagram account with that. And yes, you read it right: I run a business and function normally without ever having had a personal or business Facebook account. A big reason I favor Instagram and Twitter is that they’re short and to-the-point and I use them only for my business, not for personal life. People can’t really rant on those platforms, they’re too short on text for that.

So, back to what it’s like to have never been on Facebook. I function normally and have an active social life.

People invite me to stuff the usual way; via text message, email, phone call, whatever.

Things that are different for me having never been on Facebook:

Occasionally a new acquaintance will say the next time we meet "I looked for you on Facebook but couldn’t find you." It doesn’t get complicated: I simply reply “Oh, that’s because I’m not on Facebook.” I’ve never had anyone focus on it or ask me more about it beyond that, although I’m willing to explain if they asked. We simply move on to the next topic of whatever we were talking about. With some people I occasionally get the sense from their tone of voice and body language that they’re relieved to find out that I’m not "hiding" from them personally, I’m just not on Facebook in general.

I feel like I have the luxury of more disposable time than someone who is highly active on Facebook. Any time spent checking Facebook is time I can use for other things. I’m more aware of this than you would think.

I have young children; other families sometimes put my children’s pics up on Facebook. Occasionally I will have a someone inform me that she enjoyed seeing pics of my boys playing with a mutual friend’s family; she’ll mention the other neighbor family put the pics up on Facebook. So, I occasionally am surprised at having people tell me they saw pics of my kids. I’m not angry, just surprised.

I feel like I see less of hateful attitudes and language. This is because I can avoid seeing all the political rants or group-bashing that can take place on Facebook. Not saying it doesn’t happen elsewhere on the Internet – it does, but at least it doesn’t find its way into my personal life. Right now I’d have to go to a political debate site or forum or something like that to find it without Facebook, so it’s pretty easy to avoid.

I am relieved at not having people from my past in my life that I’d rather avoid. You know: the old acquaintance who is super-annoying and wants to be nosy and find out what you’re doing. It’s worse if you have another mutual friend, since it’s harder to want to cut off all communication with that person if you both have a mutual friend you both get along well with. Usually, most people will not try to look you up beyond Facebook, so if you’re not on Facebook you can avoid unwanted communications from people in your past. That’s a really huge advantage, and I’m often thankful about that. FYI – This is how I feel about it with just merely the annoying acquaintance type of person: I imagine Facebook would be even worse for people who have a crazy ex or a stalker, or so on.

Many people enjoy Facebook for sharing photos with family. I recognize the point, and instead of Facebook I use the free private photo sharing service Cluster for that (comes with a phone app too). So I can snap pics and share them in just a tap or two with extended family (and/or anyone else I invited in to my Cluster group). Any casual acquaintances like neighbors etc I can text the pics to them. Anyone who is more casual than that who I don’t have their phone number to text, I’m not sure they really need to be seeing my pics!

I don’t have any plans for being on Facebook. It’s so nice to not have the drama. Basically, I have a normal family life, run a business, have an active social life, and so on, plus extra disposable time from not keeping up with Facebook.

In: For menFor womenFor teensentertainmentlifestyletech

Amazon is a great place to buy digital music, because you are then able to play those MP3's on your different devices (desktop, laptop, phone, etc). For this tutorial, I will show you how to buy an MP3 on Amazon.com on your desktop or laptop computer and download it with step by step illustrations. It's similar but not quite the same as placing an Amazon order for a physical product with a shopping cart.

Running motivation: try this fun easy quiz to get motivated! If motivation for running is an issue for you, this article will help you fix it. This article is designed for beginner or near beginner runners, or those who have taken a significant break from running and want to get back into it. Simply take this fun personality quiz (no, the questions are not about running!) and find out the best ways for YOU to boost your running motivation.