Alternatives to "for example" 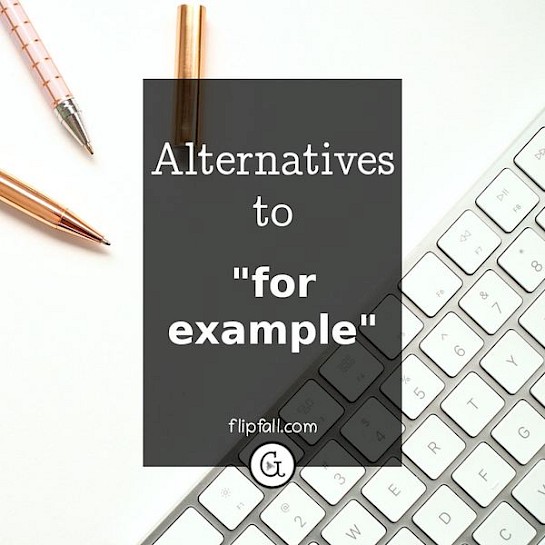 If you're writing a technical document, an essay, or even a private journal entry, you'll find yourself looking for other ways to say "for example". Here are some great alternatives for you.

1. Alternatives to "for example" in the middle of a sentence

Let's take a look at the sentence "There are plenty of ways to add physical activity into the day, for example walking, running, and working out at the gym".

When it's placed in the middle of a sentence, you have only a few synonyms for "for example" that sound normal. These are:

Beware when using "namely" - it has the connotation of being the full list of items, not just a few examples out of many. Therefore "namely" would not be the best choice for the particular sentence I gave above. Instead, namely is best used for sentences when your examples that you list are the complete set of those available, e.g. "This software is available for the major operating systems, namely Apple, Windows, and Linux".

2. Alternatives to "for example" at the start of a sentence

At the start of a sentence, you'd use other ways to say "for example" than the ones described in the previous section. Let's take a look at this piece of text:

"When boiling vegetables, the cooking time will vary depending on the type of vegetable and size of the pieces. For example, potatoes will take longer to cook than carrots".

When "for example" is placed at the beginning of a sentence, as it is above, here are other phrases for "for example"

As you can see, the only synonym which works in either situation is "in particular".

Tips if you are not a native English speaker

Remember that the placement is important; you can't just use any "for example" synonym in any place without thinking about its location in the sentence. As mentioned above, there are two different sets of alternatives to "for example". You'd use one set when "for example" would be in the middle of a sentence and the other when it's at the beginning of a sentence.

Here are some additional tips for those who are not native English speakers.

Don't vary the alternatives too often. As a native English speaker, I find it a little surprising or noticeable when I'm reading something where the phrase "for example" is constantly replaced with a different alternative. Native English speakers tend not to vary this too much. So alternate between 2 or maybe 3 different phrasings, but there's no need to use every possible phrasing variation in your one piece of writing.

If you have "for example" at the end of a sentence

Whether or not you are a native English speaker, this article has given you appropriate options of words to use instead of "for example".

In: For menFor womenFor teenslifestyle

Productivity tips for saving time at the computer 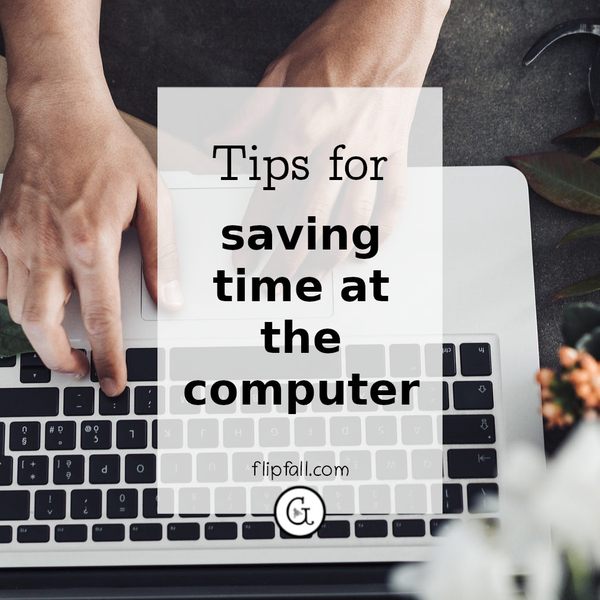 Does the computer feel like a time sink? Don't worry, there are many ways to save time at the computer and be more productive. Let's take a look at 6 strategies here. You'll have more time available to you in your day.

This guide explains how you can instantly improve your pronunciation of French words by addressing the top three most common mistakes made by native English speakers. Don’t worry; these are easy to fix.