Dramatically Improve Your French Pronunciation With These Easy Fixes

If you will be travelling in France, some other parts of Europe or parts of North Africa you’ll need to converse in the French language. This guide explains how you can instantly improve your pronunciation of French words by addressing the top three most common mistakes made by native English speakers. Don’t worry; these are easy to fix.

Mistake 1. Pronouncing a silent letter at the end of the word.

The French language is full of silent letters, especially at the end of a word. As a guide, a good rule of thumb is that most of the time, you won’t need to pronounce the last letter of a French word. In English, the letters at the end of a word are almost always pronounced (except for ‘e’). This makes it extra-tempting to do the same in French. Resist! There are of course exceptions to this rule: the most common is in the case where next word starts with a vowel, or if the word ends with c, f or l – although there are exceptions to that too!. In the box below are some examples of French words which do and don’t need the last letter pronounced.

An example of both… ‘bon appetit’ is a great example. The ‘n’ in ‘bon’ IS pronounced (because it is followed by a word beginning with a vowel). Thelast ‘t’ in ‘appetit’ should NOT be pronounced.

Mistake 2. Over-emphasizing a syllable within a word.

In French, syllable emphasis is very slight and syllables tend to be treated more evenly within a word compared to English. It is a common mistake for native English speakers to stress a syllable strongly in French (this tends to affect the last syllable, for some reason).

To get an idea of the effect this produces, imagine if you heard someone speaking English where one syllable in each word is extremely over-emphasized; it would sound a little odd, and it would sound even worse if it was the wrong syllable! The good news is that incorrect emphasis won’t distort the pronunciation as much as the other common mistakes featured here. Just treat your syllables more evenly than you would in English and you’ll instantly improve.

Mistake 3: Frequent and unnecessary use of the ‘ay’ sound.

This is one of the most common mistakes of all. Frequently ending words with the ‘ay’ sound is usually a dead giveaway that that someone is not a native French speaker, except for the fewer number of French words which really do end in the ‘ay’ sound. To clarify, we’re talking about the same sound you would hear at the end of ‘Monday’, ‘Tuesday’, etc. A native English speaker frequently uses this sound when they really should be using the é sound. The é sound is the same way the ‘e’ is pronounced in ‘exit’ in English.

To fix this, the best guideline is that you should use the é sound if a French word ends in -é, -er, -ez, -ait or -ais. Wondering when to use ‘ay’ ? It is less frequent; it applies to words which end in -eil/-eille, -aie, -aye.

In: For menFor womenFor teenslifestyle

Running motivation: try this fun easy quiz to get motivated! If motivation for running is an issue for you, this article will help you fix it. This article is designed for beginner or near beginner runners, or those who have taken a significant break from running and want to get back into it. Simply take this fun personality quiz (no, the questions are not about running!) and find out the best ways for YOU to boost your running motivation.

The man's guide to thank you notes 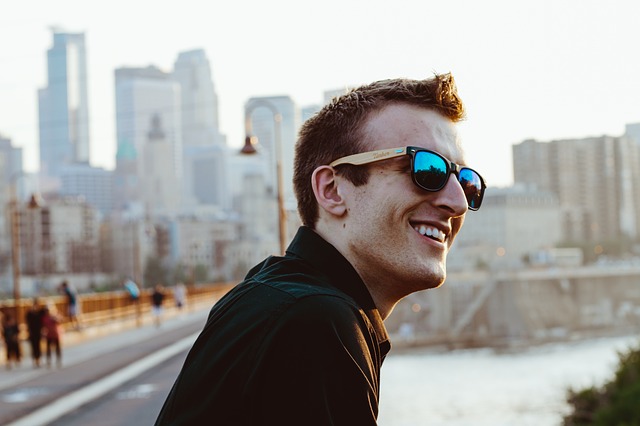 If you were sent a gift from someone, for example tickets to a basketball game, it is courtesy to send a thank you note. For some men, thank you notes are not always fun to write. However, it should be done and as a bonus, thank you notes do give a very positive impression of you to the sender of the gift. This guide is designed for men of any age.