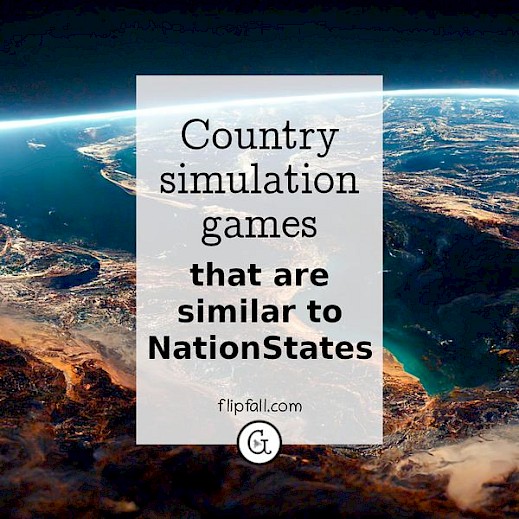 Are you into simulation games, especially country simulations? If so, then you've probably already heard of NationStates. It's a fun online game where you create your own country, but without all the micromanagement. It works via web browser, no need to install any software. You just vote periodically on issues that come up for your country, and it figures out all the statistics and tax rate for your nation from that. In NationStates, there is no ability to wage war or invade another country, which can either be a good or a bad thing depending on your point of view. Although you can play it by yourself, you also have the option for your country to join the World Assembly, which is kind of like the United Nations. Once you do that, you're able to interact with other players. There can be a lot of politics and double-dealing once you go beyond just playing by yourself, although it's up to you how much or how little you want to be involved.

At this point, you're probably wondering what other online games are out there which are similar to NationStates. Here are some great alternatives; all of these will appeal to gamers who enjoy planning-style games.

I personally found that eRepublik is a smooth transition from NationStates, even though they are different in several ways. First of all, you join a country of your choice, you don't create one. In eRepublik war is a focus of the game, but with a difference: you don't die (whew!) Instead you send unmanned vehicles to do battle for you. There's no need for battle strategy; you simply choose whether to deploy on the ground or via air and the system figures everything out for you and does it for you. If you prefer you can use specific weapons but if you want to keep it simple you can just use the defaults provided. Although it is possible to play without involving yourself in wars, it's harder to progress that way. This is because you're rewarded more heavily for involving yourself in wars than for a purely economic strategy. eRepublik gently guides you in to what to do so you're never lost. It doesn't take up much time at all to play because there are typically only a certain number of actions that can be completed in a specific timeframe, making it a fun and no-pressure game to play for the busy person. The game is available in your choice of almost all languages.

I found that interactions with other players are positive and supportive in eRepublik, so I love that it has a good community. Of course, you can still play while ignoring everyone else if you prefer not to interact with anyone. I would recommend eRepublik as the best game to try after NationStates.

BitNations is a nation simulation game where you're in charge of your own nation. You can form your government, wage war, and plenty more. Your decisions affect your population and your level of political power. There's a Discord chat available for it too.

Politics and War is designed to work as a multiplayer game all the time; you can't just isolate yourself from everyone else. As the name suggests, war is part of the game. You can play with friends and strangers and try to win by conflict or you can work together to build up a co-operative of nations. It's your choice. In Politics and War, you have treaties, conflicts, bounties, embargoes, and more. It's a good choice if you enjoy NationStates but want the option to wage war.

In Nations at Risk, you create your own country and have the opportunity to choose your officials, make constructions and wage war. Alliances can be formed too. You can choose whether you want to go via a path of diplomacy or war. It's more complex at first than NationStates or eRepublik but it's well thought out and has its own Discord channel.

Cyber Nations has plenty of gameplay options available to you. Like NationStates, you choose your basic set-up from a range of combinations of options, but then you can extend things as you go by purchasing infrastructure, land, technology, and military. You're able to interact with other players via trading, espionage, alliances, war, and more.

Unlike the others above, Tropico is not a free browser game but rather a game that you pay to own, available for PC through Steam, Mac, XBox One, and PS4. Once you own it though there are no ongoing costs. In this game, you are the leader of a tropical nation, and it's up to you to keep your economy functioning, your citizens happy, and also achieve the goals set out by your mission challenge. You can take a look at our tips for Tropico 6 gameplay which covers everything you need to know about making money in Tropico 6 - its economy is almost always the limiting factor for most of the missions. This game is ideal if you love planning-style simulation and building games.

Be warned that you or your country can fail in Tropico, unlike NationStates or eRepublik, so you may find yourself repeating certain missions in Tropico 6.

Looking for something easier?

If country simulations are a little more complex than you'd like, tower defense may be your thing - check out this article on the best tower defense games. 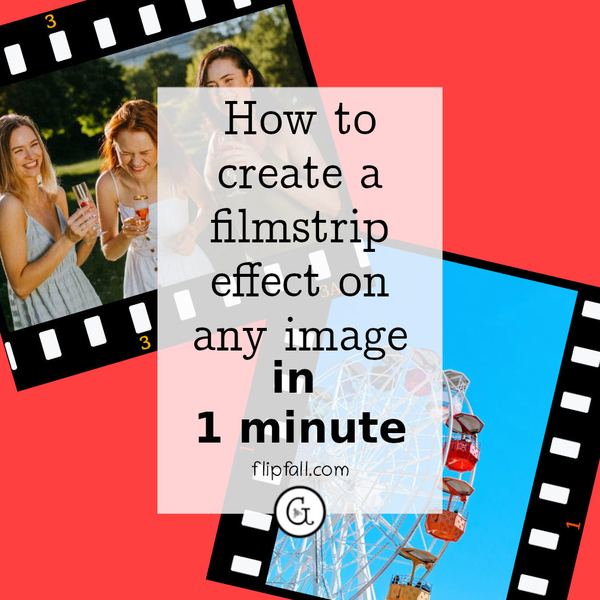 You can increase the impact of your photo or image with a filmstrip border effect. Rest assured this is free, quick and easy to do, and you definitely do not need to know anything about graphic design to do it. Here is a step by step illustrated tutorial for how to add a camera film border to your photo.

This works equally well on the landscape or portrait orientation for photos, so it doesn't matter which way around you held the camera when taking the original photo. The method also works on any image or artwork, it doesn't need to be a photo.

Why is it so hard to get Instagram followers? 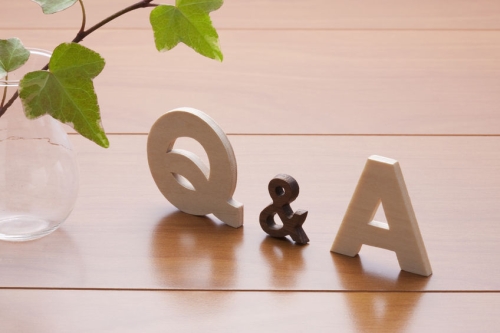 Compared to other social networks, it’s definitely much harder to get Instagram followers. While it might be an easy matter to increase your Twitter followers, Instagram is another thing altogether. Even when you look at the same brand on Twitter or Facebook, and then compare their number of followers to Instagram, you’ll most likely find that the number of Instagram followers is less. Here we take a look at this issue.