Is Vegas.com legit or scam for show tickets? - Answered from personal experience

If you are considering booking show tickets through Vegas.com, you may be wondering if it's safe and legit. Here is the answer from personal experience - I booked tickets to a show in Las Vegas, and here is what I found.

This article is about show tickets, but Vegas.com sells other types of tickets also

First I want to clarify that this article is only about buying tickets to a show through Vegas.com, not hotel tickets or airplane tickets, both of which are also available through the site.

I bought 4 tickets to V - The Ultimate Variety Show through Vegas.com. This show performs at Planet Hollywood. I bought my tickets several weeks ahead of time. The transaction was straightforward and it told me that the tickets would be available for pickup at the box office for that show, which opens daily for 30 minutes before the show starts. I would need to show a form of government-issued ID when picking up at the box office.

I was a bit nervous if the pickup would actually work out! I hoped that nothing would go unexpectedly wrong. The instructions said I was allowed to pick them up any day, whether the day of the show or beforehand. I was considering picking them up the day before the show but we were too tired to do it that day. So the day of the show I went to the box office 30 minutes before the start of the show and showed them my ID and lo and behold, I was given my tickets without any issues.

So from my experience at least, Vegas.com was reliable and legitimate for buying show tickets. Having said that, there are some caveats and some tips and tricks I'd like to mention, so read on for these.

Reviews show that buying from Vegas.com is a problem if you later need to cancel or make changes

Only after buying my show tickets did I think to look at Trustpilot reviews! Most of the reviews for Vegas.com were for their hotel tickets or airplane tickets, but I ignored those and read the ones about show tickets. I was trying to find out if people had problems regarding show tickets. Negative reviews for show tickets occurred for just 1 main reason: when people were trying to later cancel their show tickets (e.g. their travel plans changed so they couldn't attend the show anymore). When ordering tickets, Vegas.com says that the tickets are easily able to be canceled, but by reading the reviews this does not always appear to be the case. There are many customers who said they tried to change or cancel their show tickets by calling the number Vegas.com gave them, but were not able to reach anyone, or if they did, were not always able to cancel the tickets. To be fair, it's not 100% clear to me whether this is the fault of that specific show or of Vegas.com, but either way it's something you need to be aware of.

The take-home message here is that you should not fully trust that you can cancel or make changes to your tickets you buy through Vegas.com, even if the receipt says you are able to. I mentally considered the tickets non-refundable and non-changeable, and if you think of it that way then you should be OK.

Book using the name that's on your official government-issued ID

This sounds obvious, but for those who go by a nickname this is really important. For example, if you normally go by Cathy but your name on your driver's license is Catherine, then make sure to type your first name in as Catherine when you are booking online through Vegas.com. This is because you will need to show your physical ID card to pick up your tickets and it has to match.

Vegas.com is not always going to be much cheaper than the show's online booking office

This is something that surprised me, but it's true. After comparing prices of a few shows, I noticed that sometimes there is almost no price difference between buying the tickets through Vegas.com or buying them through your show's official online booking office. In the case of my show tickets (V - The Ultimate Variety Show), it was a lot cheaper to buy through Vegas.com so I was happy doing it that way. At the very least, compare prices before you buy.

Just because the box office or theater is in a particular hotel, that does not mean it will be easy to find, even if you can find that hotel easily. In Las Vegas they seem to want you to get lost on the casino floor instead, so signage within a particular hotel or casino is often unclear. With multiple levels on each building, the theater could be anywhere! Allow plenty of time to find the theater, even when you get to the correct hotel. Often the box office will be near the theater, so look for signs for either of those.

I was curious as to why Vegas.com had such a high Trustpilot rating, considering how many potential ways there could be to have problems. From personal experience, I found out that immediately after booking my tickets, Vegas.com asked me to leave a review on Trustpilot. I didn't do it, since I wanted to wait until I could see if it worked out first. But some people are going to leave a review at that point, before they can see if their tickets worked out properly. So I would take the positive reviews with a grain of salt - they might just be people who made a purchase that went smoothly but haven't yet had a chance to pick up their tickets to see if it really worked.

Based on my personal experience buying show tickets, Vegas.com is legit and not a scam. However, you should consider the show tickets you buy through Vegas.com to be non-refundable in practice, even if it says otherwise in theory.

Some other things you should be aware of:

I was very happy with the show tickets I bought from Vegas.com and would buy there again, but I would only buy if I was absolutely sure I wouldn't need to cancel or change them.

Tip: you'll come across many different nationalities in Las Vegas. Here is a quick and easy etiquette tip toward international visitors. 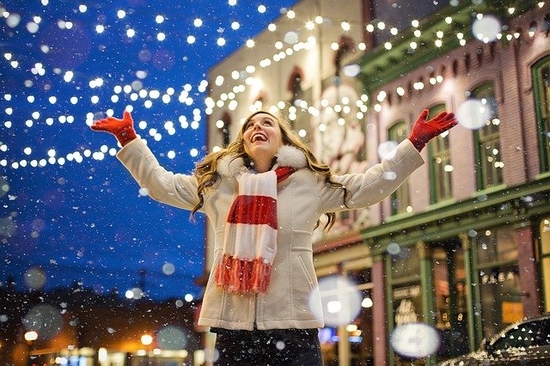 Here we’ve compiled a library of the best safe free solitaire sites. We’ve selected sites whose whose main page takes you straight to a fresh solitaire game for your convenience.