More Happiness: How to Enjoy the Classical Music of Chopin 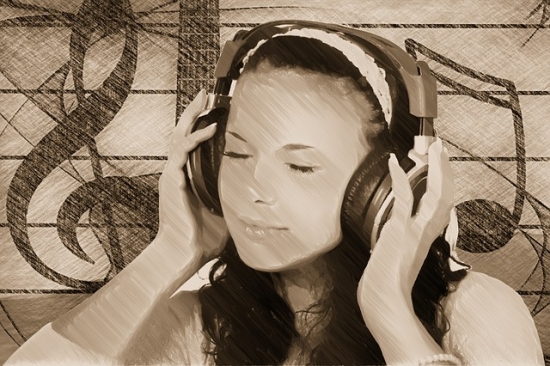 You're a busy person, and you deserve to have some ease and happiness in your day. Let's try something different. Today, let me share with you the enjoyment of the classical music of Chopin. I know that's brought me a lot of happiness.

Even those with the most limited of leisure time can enjoy classical music. What better place to start than Chopin? With Pandora, YouTube, iTunes or other MP3 subscription, you can listen to his unique and delightful compositions from the comfort of your own internet-enabled device.

Whether you are new to classical music, or simply new to Chopin, here you will find all you need to know to start you on your voyage of discovery, with some music clips included.

In order to fully appreciate the genius of Frederic Chopin, it helps to understand how his work fits into the scheme of classical music. This article is a music appreciation guide and not a biography, so biographical details will only be included in so far as they relate to the music.

The first thing to remember is that Chopin was predominantly a piano composer, so you won't find flute or trumpet solos written by him (he did write some orchestral pieces however). A pianist and piano teacher himself, he was very innovative in his compositions. Chopin did most of his composing in Europe in the 1830's, which is known as the Romantic era. It was a time of great flourishing in the arts and literature. This period of time was 'in the middle' chronologically as far as classical music is concerned - not as ancient as the music of Vivaldi, Handel, Bach or Mozart, for example, but not as 'modern' as Tchaikovsky, Verdi, or Rachmaninoff.

"Black keys" a piece which is quintessentially Chopin

Here we will listen to a short piece by Chopin which shows the almost liquid quality of the music and the strong sense of movement which is so very characteristic of his works. The popular name of this piano piece is "Black keys" because the melody played by the right hand is done entirely on the black keys.

The proper name of "Black keys" is actually "Etude Opus 10 no.5 in G-flat major". Frederic Chopin tended to name his compositions systematically in this way, in contrast with some other composers of his time who named their compositions by some descriptive title.

Chopin stood out by creating a sense of movement and momentum

Unlike the more reflective and discursive style of the era in which he lived, Chopin leaned toward the earlier style of a more 'direct' piece of music (in that sense, similar to Bach, for example), yet with very new and innovative use of
chords and counterpoint.

Of course, this is not to say that Chopin avoided slower, reflective styles of music (his Nocturnes spring to mind), nor to say that all other composers of his time avoided invigorating melody, but rather that Chopin had a very distinct style of his own which has obviously endured the test of time. Indeed, it is noted in the book "Chopin" by George R. Marek and Maria Gordon-Smith:

"Yet such is Chopin's genius that in his best works he combines the Romantic with the classical. That combination holds steady the keel of his unique talent." (reference 1).

We are fortunate to be able to savor his works years later.

This combination of Romantic innovation with a Baroque influence produces a very pleasing sense of movement and momentum in most of his works. In clear testament to this quality, the works of Chopin were later arranged for orchestra to form the music for the ballet "Les Sylphides". Here we will listen to two such pieces by Chopin which are typical of the sense of movement and momentum. These are Waltz in C-sharp minor, Op. 64 no. 2 and Grande Valse Brillante Op. 18.

With the piece above, hopefully you heard how Chopin managed to combine a yearning, haunting and emotive melody with a sense of purpose and direction. This unusual combination gives us much to appreciate in his works.

In the piece above, you may have noticed the complexity of Chopin's works, yet there is always a strong melodic line.

The pieces I have selected here are some of the better-known ones from Chopin, and those which I feel most clearly display his genius. However, there are plenty of his other well-known pieces which you may also enjoy. If you liked the majestic style of the Grande Valse Brillante Op. 18, for example, you will probably also like the Polonaise Op. 40 no. 1 also known as the "Military" polonaise. Those who prefer soft, gentle and romantic music may prefer Fantaisie Impromptu in C-sharp minor, Op. 66.

One thing which makes it easy to appreciate the music of Chopin is that he has a consistently high standard of music. Of his entire life's works, an extremely high proportion have stood the test of time and are being played today; something which comparatively few other classical composers have achieved. Indeed, the NPR Listener's Encyclopedia of Classical Music says of Chopin that

"He created a slimmer oeuvre than any of his important contemporaries but every piece he produced was a pearl." (reference 2)

"...few composers have such a formidable percentage of their works in the living repertory as Chopin." (reference 3)

Frederic Chopin was one of the most innovative composers of his time. He took full advantage of the technical capabilities of the piano to create many captivating pieces. His works are well-known to this day.

No matter how little time you have available, you can add some happiness into your busy day through enjoying the classical music of Chopin.

In: For menFor womenFor teensentertainmenthappiness

If you’re short on time and never seem to be able to finish (or start) reading that book, then try teen novels - they are fast reads, and you’re never too old to read young adult books.  The teen novels of today are so much more sophisticated than those from a generation ago.  You’ll find that young adult books fit very nicely into a busy schedule. We even have some recommended reading for you.

How to make mornings more fun

Being responsible isn’t always a ton of fun, and mornings are definitely less exciting than when we were little kids! Now for the good news: there is a lot that even the busiest person can do to get their morning off to a better start. Here are my top before-leaving-for-work-or-school tips.